Rep. Green Calls on Congress to Incentivize American Companies to Return to the U.S.

WASHINGTON – Today, Rep. Green sent a letter to Congressional leadership urging them to include incentives for American companies to move back from China in any upcoming legislation Congress may consider to continue fighting COVID-19.

Green said, “One of the big disincentives to American companies moving back to our soil is the cost. For many, it is too expensive and too risky to undertake an international move at a time of global economic uncertainty. However, as millions of Americans file for unemployment each week, and as we’ve been forced to make our own homemade masks out of scarves and bandanas, it's clear—we need to bring our companies home.”

“We should temporarily allow American companies that move back from China to expense 100% of the moving costs. And, while, I’m personally no fan of tariffs, we should pay for it with the existing tariffs President Trump levied on China, as long as they remain."

"The American people have suffered enough—and the American taxpayer has paid enough—for a virus they had no part in causing. It’s time to let China pay for it." 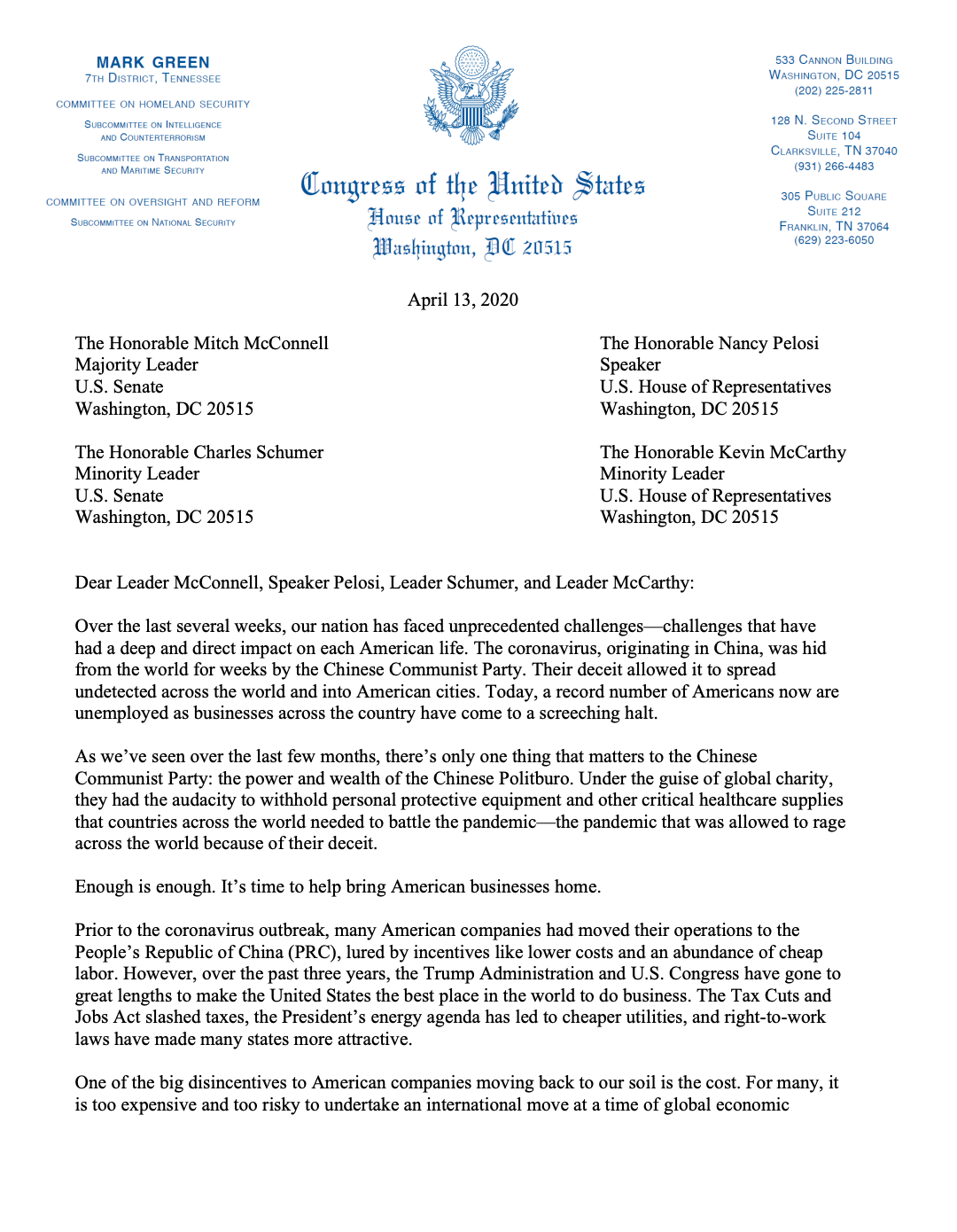 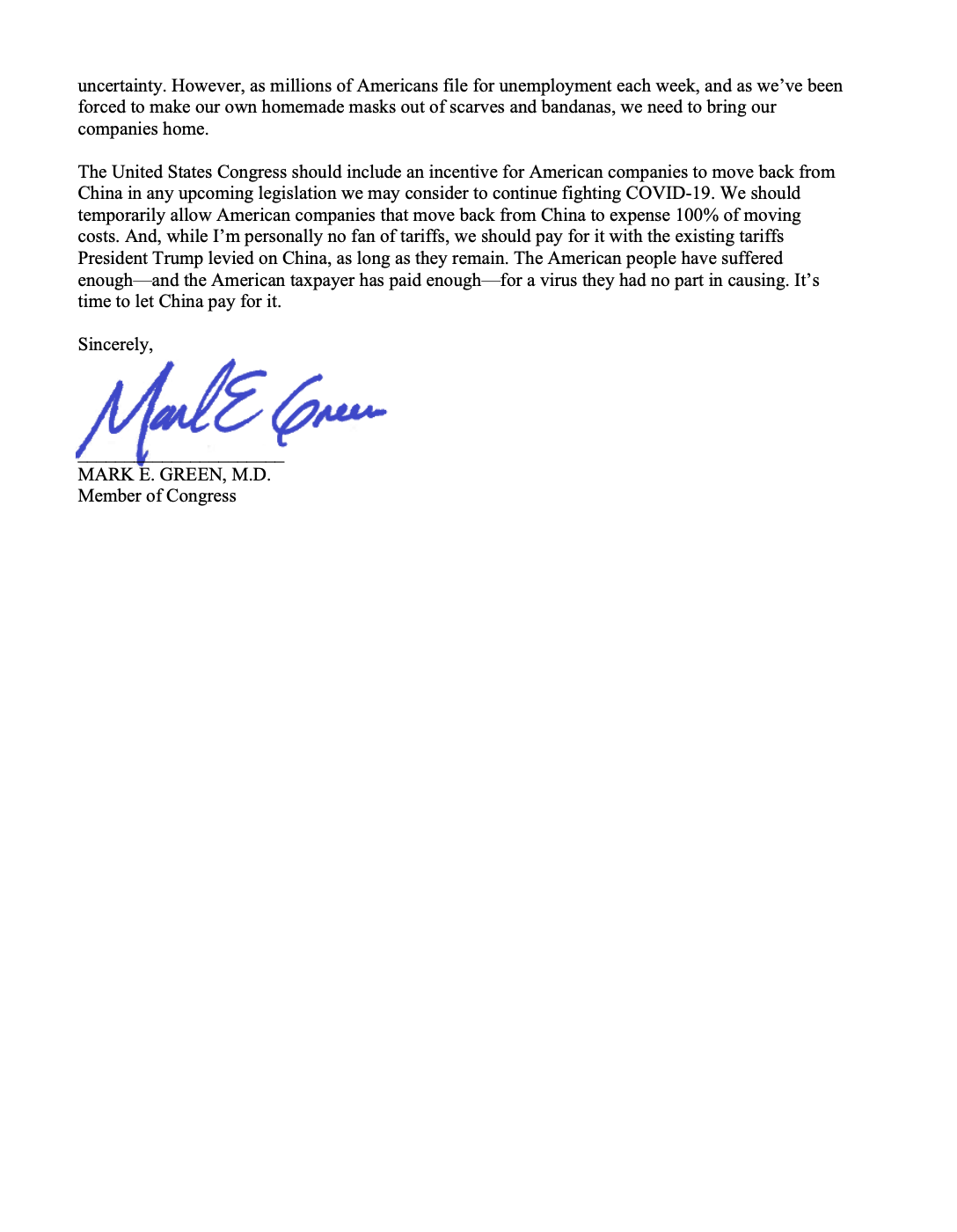