Green said, “Our Nation sent nearly 7,000 brave men and women to K2 Air Base in Uzbekistan as part of Operation Enduring Freedom. These troops are now five times more likely to develop cancer than their counterparts who deployed elsewhere. There is no reason a veteran should pay a dime for care because of toxic exposure from radioactive materials and chemical weapons during their time in service. I urge you to include my bill in this year’s NDAA and deliver the justice that is due to our veterans.”

In February, Rep. Green and Rep. Lynch, Chairman of the House Oversight Committee’s National Security Subcommittee, introduced the K2 Veterans Toxic Exposure Accountability Act to hold the Department of Defense (DOD) and Department of Veterans Affairs (VA) accountable for the toxic exposure of servicemembers at K2 Air Base. The bill requires the DOD to conduct an epidemiological study, creates a registry for all veterans exposed, and requires the VA to determine presumptive conditions. 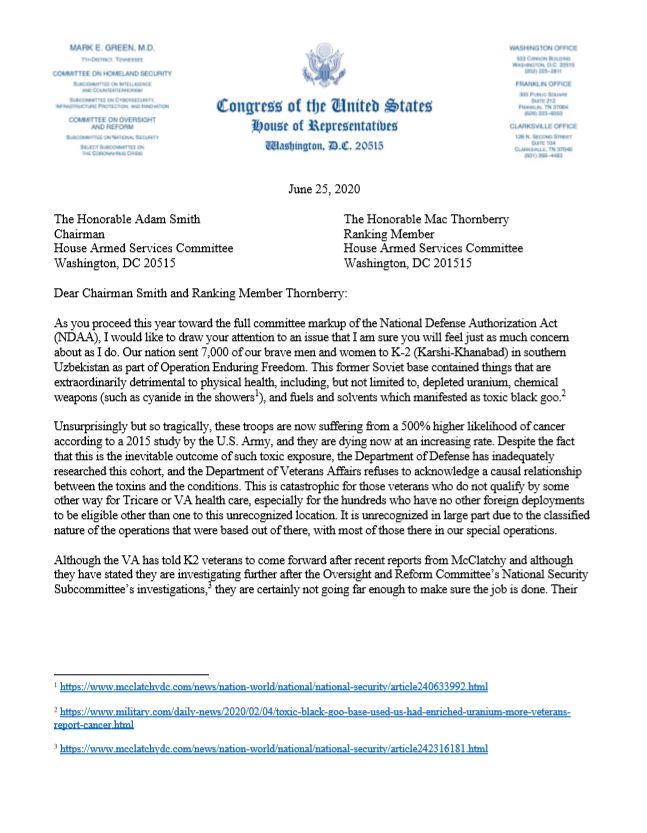 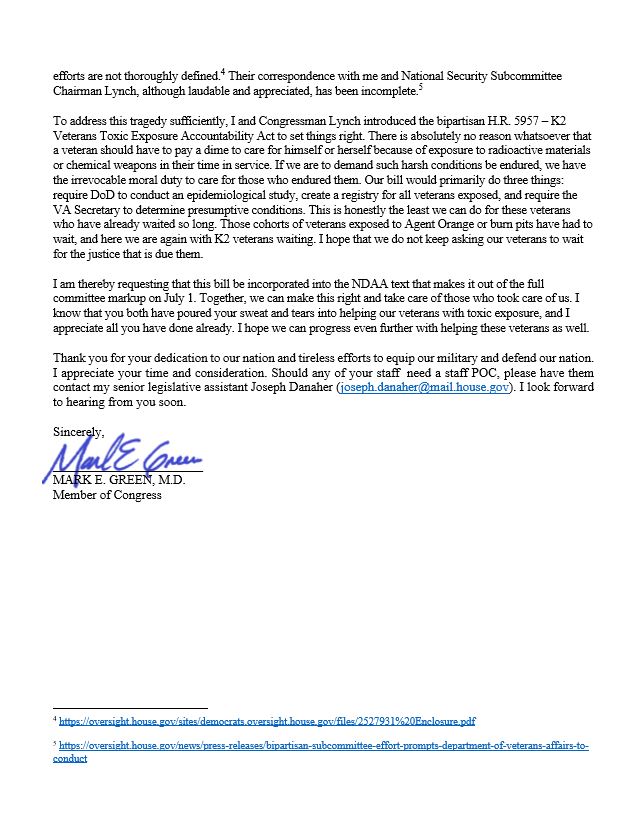